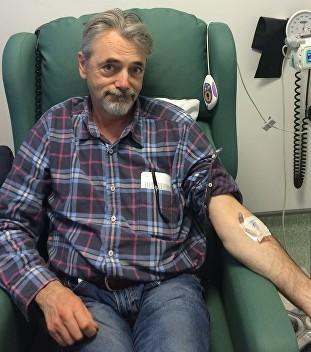 Following increasing pains in my left ankle since November 2015, I was diagnosed with Vasculitis In March 2016.

Vasculitis is a relatively rare disease literally meaning 'inflamation of the blood vessels and arteries'.

I for one had never heard of this disease, nor its potential to kill if not diagnosed and treated 'in time'.

Specifically, I was diagnosed with Cutaneous PolyArteritis Nodosa (C-PAN); which is apparently an even rarer form of Vasculitis. Less than a dozen people a year in the UK are diagnosed with C-PAN.

In my case it involves the small and medium sized arteries in the skin of my legs. Luckily it hadn't spread to any of my other organs.

After diagnosis and depending on the severity of the disease, patients are often treated with, sometimes extreme, high doses of corticosteroids. Other immunosuppressive drugs are often also added. As was in my case, in order for the steroids to have a greater effect to treat the disease.

In March I had my first Chemo session - you can see how happy I am - in the Whittington Hospital in north-London. This was followed with one every month thereafter for six month. The staff were great.

In July, due to the high doses of steroids I started to show various side effects. These subsided soon thereafter having halved the daily dose of steroids.

Since early 2017, I feel much better and I have now arrived in the 'control & maintenance' stage with a substantial lower daily dose of steroids.

As long as I take my medication on time, and regular blood test show improvement, I should be ok, although there is always the risk of a flare up in the future. 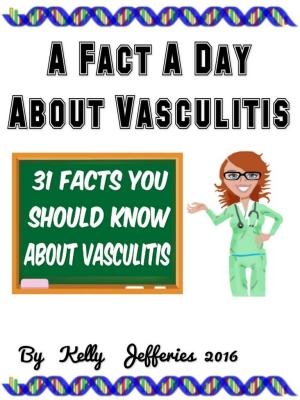 I have been lucky, because I was diagnosed early enough for the treatment to start in time. However, unfortunately there is still no cure.

Many people are undiagnosed for many months increasing their risk of survival. Due to the fact that Vasculitis is such a rare disease many physicians have never heard of it.

In order to increase awareness of Vasculitis I have decided to support Vasculitis UK, a Registered UK Charity since 1992.

I hope you will join me in supporting this charity.