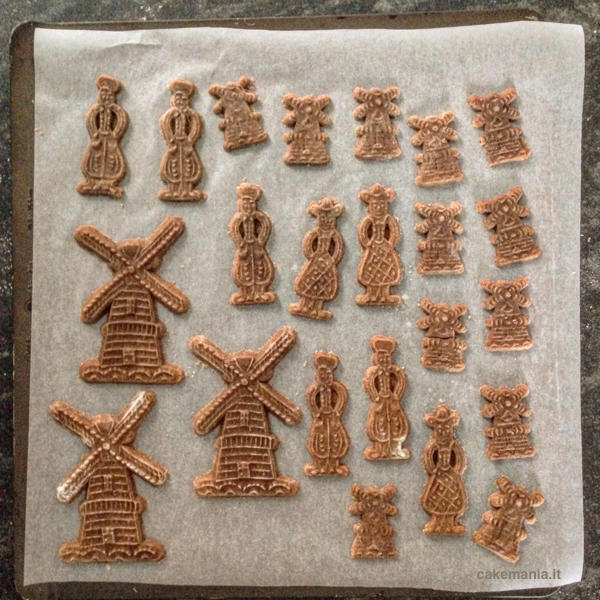 A speculaas biscuit is a biscuit with lots of different sweet tasting spices.

It is thought that the Dutch name speculaas comes from the latin 'speculum' that means mirror.

Traditionally speculaas biscuits are the mirror image of the carved wooden moulds they are baked in.

Windmill shaped speculaas biscuits are known throughout the whole world, as are male or female speculaas figurines.

Specerij(en) - The Dutch word for spice(s) - is another possible source.

These days speculaas biscuits can take any shape or form. But you can do so much more with speculaas spice than just making biscuits. Check out our Speculaas Recipes.

Speculaas biscuits, cakes and bakes are all infused with a speculaas spice mix. There is no fixed recipe for the mixture, but all blends will contain at least cinnamon, ginger and cloves.

When spices became more widely available in the 17th Century, and onward, Dutch bakers started to experiment making spice mixtures. The one that survives from that time is the current day 'speculaas spice mix'. This spice mix was, and still is, used to make a buttery biscuit - the speculaas biscuit.

Due to the relatively high cost of the various spices in the mixture it remained a luxury item for several centuries, often baked only in the winter and given as a present. These days, every indpendent baker in The Netherlands will have his own recipe.

The vandotsch speculaas spice mix based on my Dutch grandmothers' sweet tasting spice mix contains nine spices, including real organic cinnamon from Sri Lanka, cloves, ginger and six other spices that we not disclose. 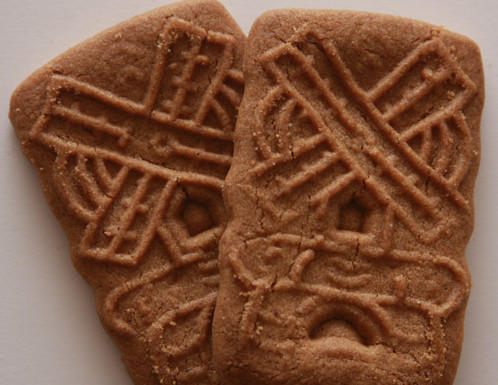 They look similar but speculaas and speculoos biscuits are two completely different biscuits.

Not many people know the difference and therefore there is much confusion.

It is actually very easy. The main difference lies in their spice content.

Speculaas biscuits contain a number of different spices while speculoos biscuits often include only one spice: the cheaper version of real cinnamon: cassia.

It is believed that speculoos biscuits originated in the Belgian region of Verviers in the early 19th century. In contrast to the Netherlands, where the spices for speculaas biscuits were relatively inexpensively imported from its colonies, spices were very expensive in Belgium.

A biscuit recipe was therefore developed in Belgium without the expensive spices called: Speculoos - "loos" = less - because these biscuits were baked without spices. The word speculoos does not even exist in Dutch, it's a Flemish word.

Until 1800 spices such as cloves, mace and nutmeg were exclusively found on the Maluku Islands, in the East Indian Archipelago (nowadays Indonesia), while real cinnamon only grew on Ceylon (nowadays Sri Lanka). That's why these islands were called the 'spice islands'.

To make one's fortune in Europe with the spice trade, one needed to control these islands. Since 1500, the Portuguese owned the monopoly on the European spice trade. However as from 1660, this monopoly was firmly in Dutch hands having conquered these islands, supplanting the Portuguese, while fighting of the Biritish.

In the late 17th and 18th century - the so-called Dutch "Golden Age", The Republic of the Seven United Netherlands, through the Dutch East India Company (VOC), occupied Ceylon (Sir Lanka) and the Indonesian archipelago.

As a result, the Dutch owned the monopoly of several spices allowing them to make huge fortunes due to them maximising the prices of these spices in Europe. 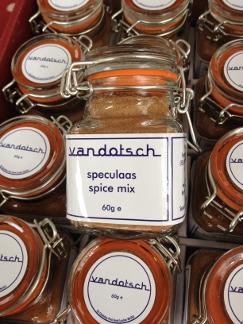 The sweet tasting cinnamon base combined with the other eight spices delivers deliciously warm, sweet and spicy ‘layers’ of taste that take any simple cinnamon taste to another level.

> No artificial flavourings, colours or preservatives