Scintillating Spices - Tastes of Christmas Past 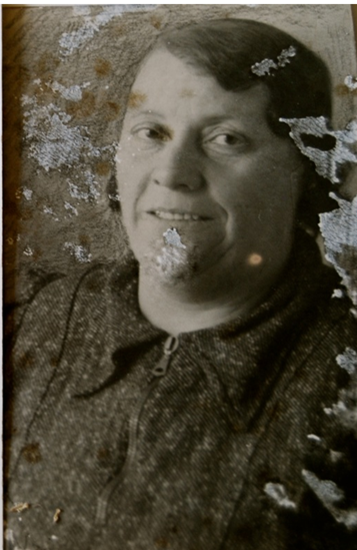 As I bite into the small biscuit the zest of spices sparks my senses and something deep within me stirs: the ghost of a memory, the taste of something just out of reach, and a feeling of warmth and love. “Thank you, Grandma” I whisper softly.

Many families have precious recipes handed down through generations, but the spice mix I infuse these tasty biscuits with has a little more of a story – it was unearthed in some old papers by my father two years ago, and comes from a grandmother I never met.

My father often talks of my Dutch grandmother - Esther - painting a vivid picture of a loving woman, whose baking and cooking skills enabled her to satisfy a family of 10, even during The Great Depression in the early 1930’s.

Despite never having had the privilege of meeting this remarkable woman, a casualty of the Nazis in 1942, I've always felt a special closeness to her memory, and I know her face from the one remaining treasured photo that survived the Second World War.

In spite of this I never expected to connect with my grandmother 72 years after her untimely death. But when my father told me he had discovered a piece of paper with her spice recipe at his home in Amsterdam, I felt something stir deep within me - intrigue and a sense of excitement.

After 25 years working in international finance, and having lived in the UK since 1989, I was the last person anyone would have expected to be drawn into the world of culinary flavours from my European roots.

But having recreated the blend of nine spices in my speculaas spice mix, using organic, high-quality spices, I was struck with an unexpected aspiration. And, in 2014, I decided to change track and share my grandmother's recipe with the world.

As a child, I loved to bake. My mother - who sadly died last summer - believed children should be fully independent, and by five years old I was a dab hand at her delicious boter koek - butter cake.

I still use her recipes and have shared them online: Here. Although, presently the memories their flavours evoke in me are a little raw, I love the fact that I am also keeping my mother's memory alive.

Starting my spice enterprise has certainly been an experience - I have relied on word-of-mouth for the most part, and I have been thrilled when bloggers and food writers have used my spices and written about them positively.

One of the endorsements I am most proud of is from Brendan Lynch, a finalist from The Great British Bake-Off 2012.

It's early days as far as the business is concerned, but it's been wonderful rediscovering my roots. And although I never knew my grandmother, I like to imagine she'd be proud of me.