The "Hollandse appel taart" aka Dutch apple pie is regarded as our national cake. So obviously there is own  my version - the vandotsch speculaas apple pie. 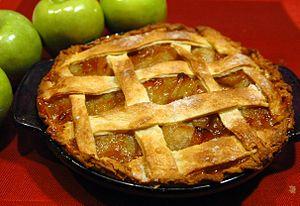 The basis of a ‘traditional’ Dutch apple pie is a crust on the bottom and around the edges. This crust is then filled with pieces or slices of apple, usually a crisp and mildly tart variety.

Cinnamon, lemon juice, raisins and sugar are generally mixed in with the apple filling. Atop the filling, strands of dough not only decorate the pie but also hold the filling in place, keeping it visible.

What follows are the ingredients I used to make a vandotsch speculaas apple pie.

It makes approximately 10 slices (at least)

Wash the lemon, dry and grate 1 teaspoon of zest. Squeeze the lemon for 1 tablespoon of lemon juice. Put the lemon juice aside for later

Cut the butter into cubes and mix the butter with the white caster sugar, lemon zest, 1 teaspoon of vandotsch speculaas spice and salt until a smooth mass is formed. Then mix the flour with the butter/sugar mixture

Add a tablespoon of the water and knead it into the dough. Once the water has been fully absorbed add the second table spoon of water. Keep kneading until all the ingredients and the water are completely mixed in

Form the dough into a round ball, cover and let it rest for at least 1 hour in a cool place 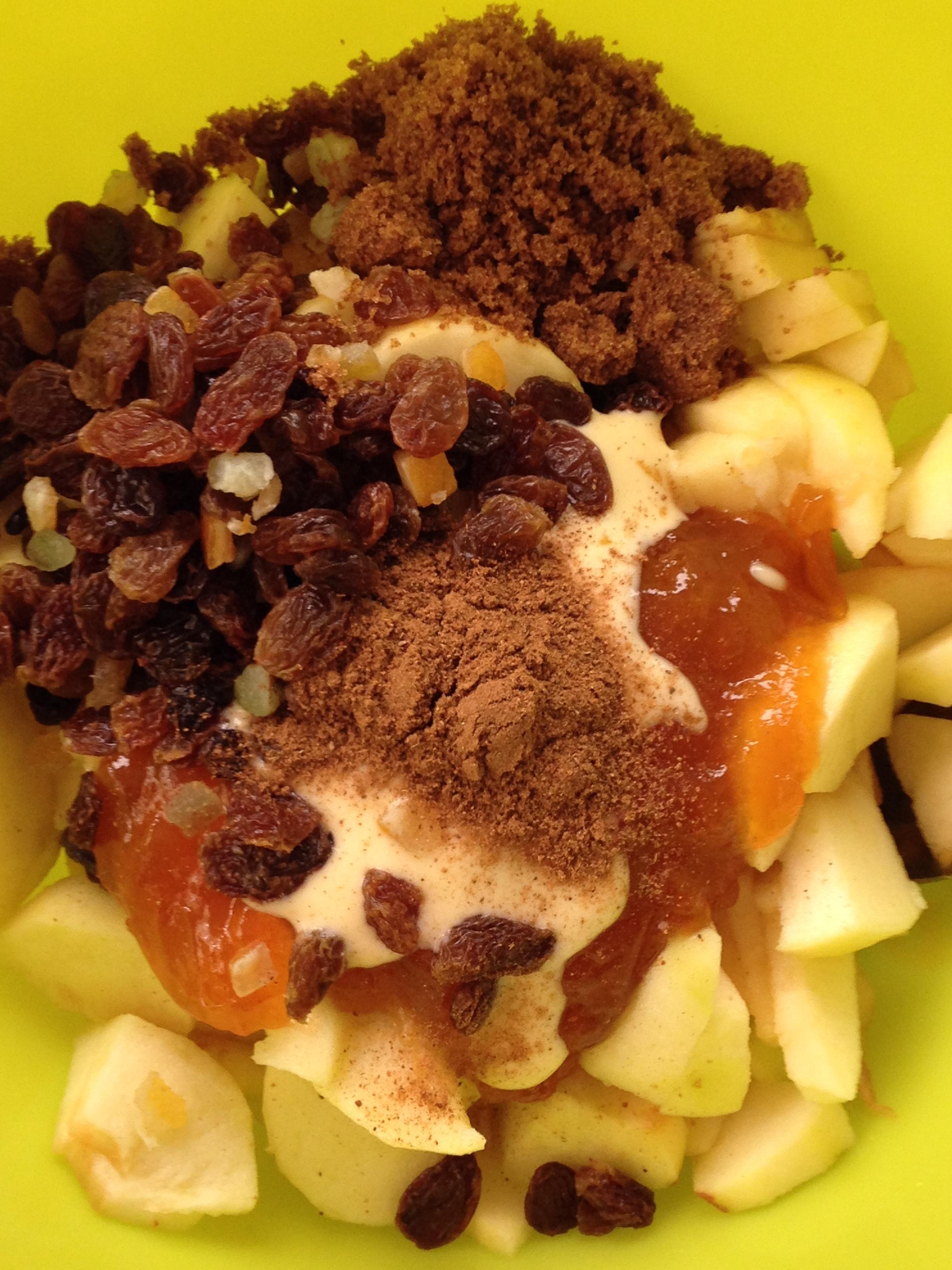 Make a pot of tea (I use a ginger infused teabag), pour out in a large bowl and add the mixed fruit. Leave to soak for about ten minutes.

Peel, core and cut the apples into slices and pieces.

Take the dough and make sure it is at room temperature and knead it breafly. Use approx. 4/5th of the dough, and put the remainder  aside. Roll the dough into a round shape that is slightly larger than the cake tin to 5mm thickness 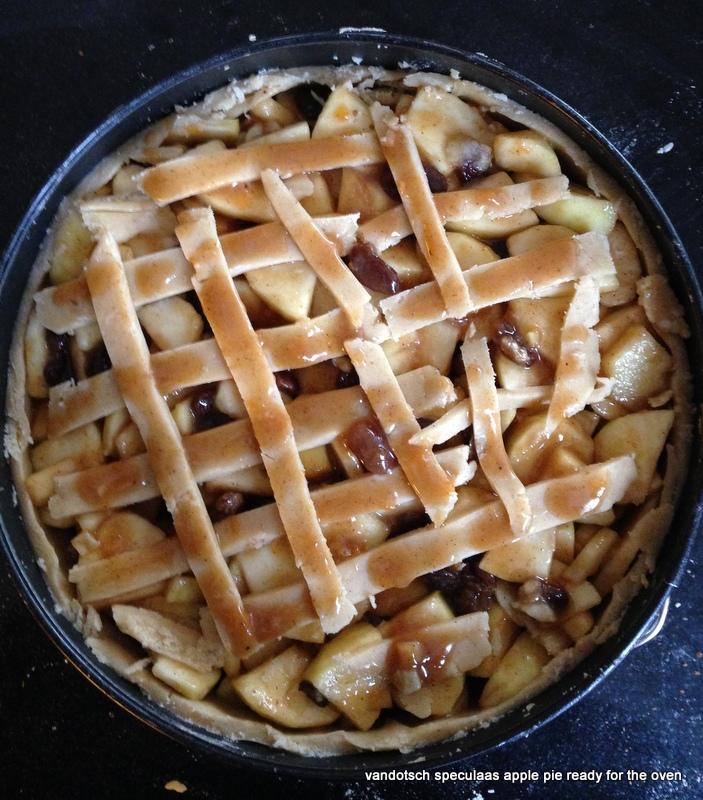 Tip: The basis for a good Dutch apple pie - create a layer between the dough and the apple mixture, and this is what I did . . . .

Break up the speculaas biscuits, making sure that approximately half are small pieces and cover the bottom. Sprinkle a little bit of custard on top of the crushed biscuits

Spoon the apple mixture on top of the crushed biscuits. Press it down.

With the leftover dough make long thin strings and put them on top of the apple mixture into a kind of plait pattern. Brush the dough strings with the egg yolk and sprinkle with a little sugar.

Bake for 50 minutes at 180°C. Increase the temperature to 200°C and bake for another 10 minutes, until top is well browned. Remove the cake from the oven and allow it to cool.

Tip: Check your speculaas apple cake regularly so that the top is not black.

Once your cake has cooled down, heat the rest of the apricot jam and mix with the remaining lemon juice in a saucepan and brush the cake with it. Cover the cake. Make sure to allow your vandotsch speculaas apple cake to cool before cutting.

Cut in pieces. Store in the fridge in an air tght container or tin for any remaining pieces.