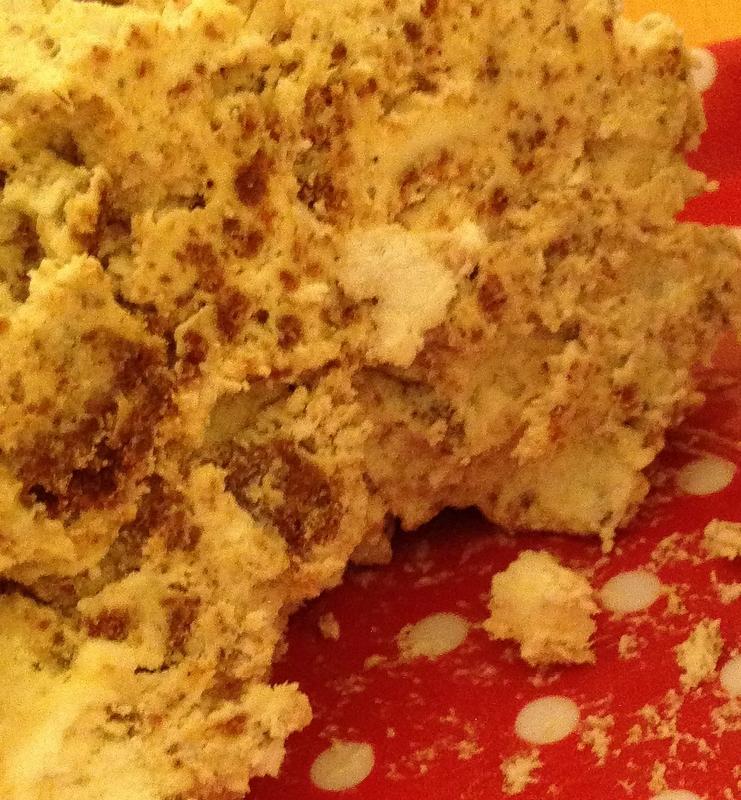 My wife Debbie claims that this is the simplest and most delicious speculaas ice cream recipe that you will ever need!

Not only that she also issues a warning: "Beware - it's highly addictive!"

I fully concur, and so does everybody else who has eaten it so far.

Most people always go for a second helping

What follows is an overview of the ingredients that Debbie used to make speculaas ice cream using vandotsch speculaas spiced biscuits, including:

Makes about ten portions (though five of us had no problem finishing it!)

Whip the cream until thick but still soft

Roughly crush the meringues and fold into the cream

Transfer into a loaf tin lined with cling film  - make sure that there is enough overhang to bring the film up and over, sealing the top.

Freeze for at least 4 hours.

Serve on a platter as it is, with grated chocolate or raspberries.